As sex therapists, we are continuously talking about sexual health with our clients. But what is sexual health? World Health Organization defines sexual health as “…a state of physical, emotional, mental and social well-being in relation to sexuality; it is not merely the absence of disease, dysfunction or infirmity. Sexual health requires a positive and respectful approach to sexuality and sexual relationships, as well as the possibility of having pleasurable and safe sexual experiences, free of coercion, discrimination and violence. For sexual health to be attained and maintained, the sexual rights of all persons must be respected, protected and fulfilled.” (WHO, 2019). According to Robinson et al., sexual health involves “an ability to be intimate with a partner, to communicate explicitly about sexual needs and desires, to be sexually functional, to act intentionally and responsibly, and to set appropriate sexual boundaries (2002). Sexual health is more than having a “functional physiological system” (Buehler, 2017) and is not limited to intercourse. Sex is any activity that may lead to arousal and climax and can include any and all body parts – hands, fingers, toes, tongues, genitals, and anal and any and all senses – touch, smell, hear, sight, and taste.

One of the common misunderstandings that individuals and couples fall trap to is that sex equates to intercourse, and this misunderstanding stems from a lack of knowledge and open dialogue around sex and can lead to dissatisfied sexual relationships. For example, men with erectile dysfunction and women with sexual pain disorders can engage in sex when they broaden their definition of sex from just intercourse to any activity partnered or individualized that is arousing and leads to climax. You don’t need an erect penis to satisfy your partner. Female orgasm can be achieved through manual, oral, or rubbing stimulation and men can have an orgasm and ejaculate without an erect penis. A great sexual experience requires both partners being present and ready to give and receive pleasure. It requires them to be authentic in expressing their sexual wants and desires and have an emotional connection with each other along with sexual and erotic intimacy, which allows them to explore each other’s sexual desires and pleasures and helps them move their sexual experience from the mundane to the sensual. It also requires them to feel safe and free to openly communicate their sexual desires and preferences to each other.

Five Gears of touching are as follows:

So, in conclusion, allow yourself to experience sex in all its forms and layers by broadening your definition of sex. Don’t let intercourse be-all and end-all when it comes to your sex life as now you know there is so much more to sex.

Jasmin Ahluwalia, MSW, LCSW is a Licensed Clinical Social Worker in North Carolina and sees clients in our Cary and Durham offices. To schedule an appointment with Jasmin or any of the therapists at Carolina Sexual Wellness Center, call 919-297-8322. 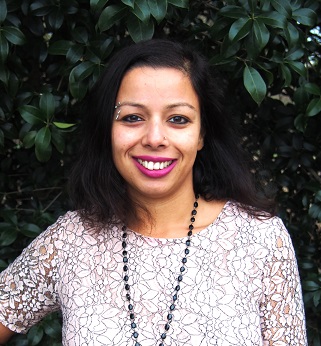 Learn more about the author >>

You may not know this, but when it comes to sex, you have something in common with a car. Now, human sexuality is way more complex than a simple machine and each...
Read Article

Let’s Talk About It!

“Can we talk?”  You know the situation: there is something difficult or uncomfortable that you wish you could talk about with your partner, but the time is...
Read Article

Balance of Sexuality and Spirituality

It can be difficult to find the balance between healthy sexuality and flourishing spirituality. You may feel as if being healthy sexually leaves you feeling as if you...
Read Article

Sex, Relationships, and a Global Pandemic

Date night? Meeting new people? These can be “strange” concepts for many people over the past year, thanks to a global pandemic. This year has challenged many people,...
Read Article

Consider Getting Rid of Foreplay

Ceara Corry is a Licensed Clinical Social Worker Associate in North Carolina and former employee of CSWC. At first glance, this recommendation may seem to go against...
Read Article

The Elephant in the Room

The nuances of a romantic relationship are multi-faceted. From the dating, romance, and passion to the differences, power struggles, and disappointments, the average...
Read Article

Tim Horvath is a licensed Marriage and Family Therapist in North Carolina and a former employee of CSWC. Throughout the course of therapy, people are often surprised...
Read Article

When you start doing therapy, one of the things that you may notice, and that may even be irritating at times, is that you really don’t get to know much about your...
Read Article

Family can be such a loaded topic for people! It can bring up so many thoughts, feelings, memories, and associations. For some, those experiences and memories are...
Read Article

What are we?” “What does this mean?” “Is this something my partner will be ok with?” “How do I tell my partner I need something I am not getting?” All of these are...
Read Article