The Myth of True Love

In the wake of Valentine’s Day, the topic of love lingers like a thick cloud in our cultural air. Ideas about “true love” bombard us in candy hearts, pop songs, and Disney princesses. Such commodities and messages promise us sparks of lasting romance, if only we can find that one person who would provoke such feelings in us. We long for Cupid’s arrow to pierce our hearts so we can experience that secret and seemingly elusive passion we have long heard about.

For centuries, the story of Cupid has perpetuated the notion that it is possible to have feelings of infatuation that can and do last forever. According to Greek and Roman mythology, Cupid also known as Eros, the God of love, would cause uncommon pairs to fall madly in love with a shot of his arrow. The chubby charibum we know today was originally depicted as a handsome god who entered into a passionate love affair with a mortal named Psyche. After some tribulations, their mutual obsession with one another never died, and “true love” sustained their relationship despite all odds.

The myth of true love is in and of itself ancient. However, in our modern Western society it has taken its place as the ultimate virtue. Today, there is a widespread belief that the greatest reason to have intimate relationships or to get married is to attain this kind of love, and by default to pursue happiness. The majority of current romance films and novels will reveal this theme. At the same time, the greatest reason to sever relational ties or to divorce is thought to be a loss of love or unhappiness.

If we take a closer look at history, however, we will see that this has not always been the case. In her book Marriage, a history, historian Stephanie Coontz discusses how marriage has existed in nearly all societies and cultures throughout time, but the reason to marry and stay married has drastically evolved. She goes on to say that “throughout history, there was a distinction between love and marriage, and love was seen as something outside of marriage and oftentimes discouraged and frowned upon. Some cultures accepted love after marriage but not as a reason to get married. Love in marriage was seen as a bonus, not a necessity.”

Coontz goes on to detail the myriad of beliefs that different people groups held about why to marry, mostly related to economic, social, and familial factors. She concludes that the idea of romantic love as being the primary basis for marriage has only been prevalent in societies and cultures for about 200 years.

Social psychologist Jonathan Haidt summarizes the contemporary view of true love well: “True love is passionate love that never fades; if you are in true love, you should marry that person; if love ends, you should leave that person because it was not true love; and if you can find the right person, you will have true love forever.”

While sparks of such supposed true love compel people to profess lifelong vows, these are quickly retracted if – and when – the fire dies. Indeed, research shows that the so-called “infatuation” stage in romantic relationships only lasts around two years. In modern America, most marriages are likely to end when these in-love feelings subside, and when the real, imperfect person you fell for finally comes into view.

In short, marriages tend to end when things get hard. Psychologist Scott Stanley cites common reasons for divorce as too much conflict, arguing, financial issues, and overall lack of commitment.

Yet why is this so? Why do marriages seem to bring out the worst in people?

Many of us know the scene too well: a couple arguing viciously, only to hear the doorbell ring and show the stranger more kindness and courtesy than they have towards each other in years. Marriage is difficult because intimacy breeds conflict. Intimacy is by definition closeness to another. And closeness will inevitably create friction.

Imagine two bodies pressed up against one another. If there are any wounds, scars, flaws, or other vulnerabilities, they will be exposed and exacerbated. When this kind of close contact occurs, the partners have two options: they can create distance, move away, and lessen the uncomfortable experience; or they can acknowledge the wound, lean into it, and begin healing from it so that they can remain intimate with one another.

In order for the relationship to survive, this kind of growth has to happen. The beauty of marriage is that conflict facilitates refinement. Both partners must pursue healing, growth, and refinement if intimacy is to remain between them, as the pain of the alternative will crush the most earnest of commitments.

The sad truth is that these wounds and vulnerabilities remain with us if we do not face them. If we choose to distance ourselves, back away, or divorce our partner, we will discover our pain once again in a new relationship. This is not to say there are no circumstances in which divorce wouldn’t be the healthiest choice; certainly, instances of abuse or the endangerment of children almost always require permanent distancing. However, in many cases, the relentless expectation of passionate love along with the rude awakening of one’s own pain can fracture a relationship prematurely.

When we are open to experiencing intimacy in our deepest relationships, we learn who we are. In marriage in particular, the difficult work of healing and refinement that such intimacy demands unleashes our greatest potential: to live and move in the world from our truest self.

True love is living in and embracing the full reality of the flaws in yourself and in your partner. It is a deep acceptance of both yourself and the other person – an acceptance that doesn’t passively resign but rather actively spurs both people towards wholeness and maturity. This kind of transformational growth is boundless in its beauty and possibility.

Tim Horvath is a licensed Marriage and Family Therapist in North Carolina and former employee of CSWC. 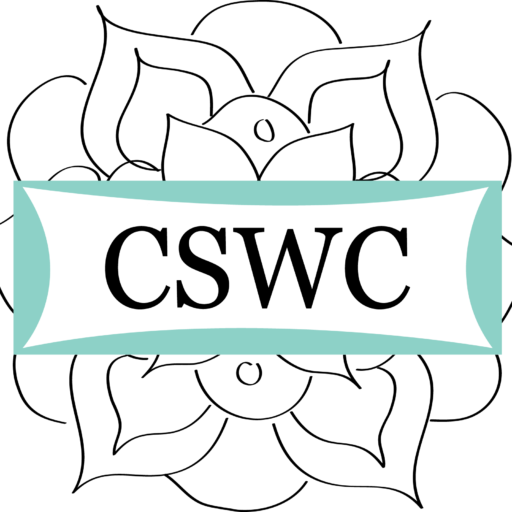 Learn more about the author >>

Balance of Sexuality and Spirituality

It can be difficult to find the balance between healthy sexuality and flourishing spirituality. You may feel as if being healthy sexually leaves you feeling as if you...
Read Article

Sex, Relationships, and a Global Pandemic

Date night? Meeting new people? These can be “strange” concepts for many people over the past year, thanks to a global pandemic. This year has challenged many people,...
Read Article

Consider Getting Rid of Foreplay

At first glance, this recommendation may seem to go against previous advice you’ve heard about sex and intimacy. Perhaps you’ve been encouraged to increase foreplay as...
Read Article

The Elephant in the Room

The nuances of a romantic relationship are multi-faceted. From the dating, romance, and passion to the differences, power struggles, and disappointments, the average...
Read Article

Throughout the course of therapy, people are often surprised when I advocate for something called “self-focus.” It is difficult for clients to wrap their minds around...
Read Article

When you start doing therapy, one of the things that you may notice, and that may even be irritating at times, is that you really don’t get to know much about your...
Read Article

Family can be such a loaded topic for people! It can bring up so many thoughts, feelings, memories, and associations. For some, those experiences and memories are...
Read Article

What are we?” “What does this mean?” “Is this something my partner will be ok with?” “How do I tell my partner I need something I am not getting?” All of these are...
Read Article

How You Define Sex Matters!

Relationships change.  We all know this.  But do we really understand what that means?  Relationships can change for a variety of reasons, one of the...
Read Article